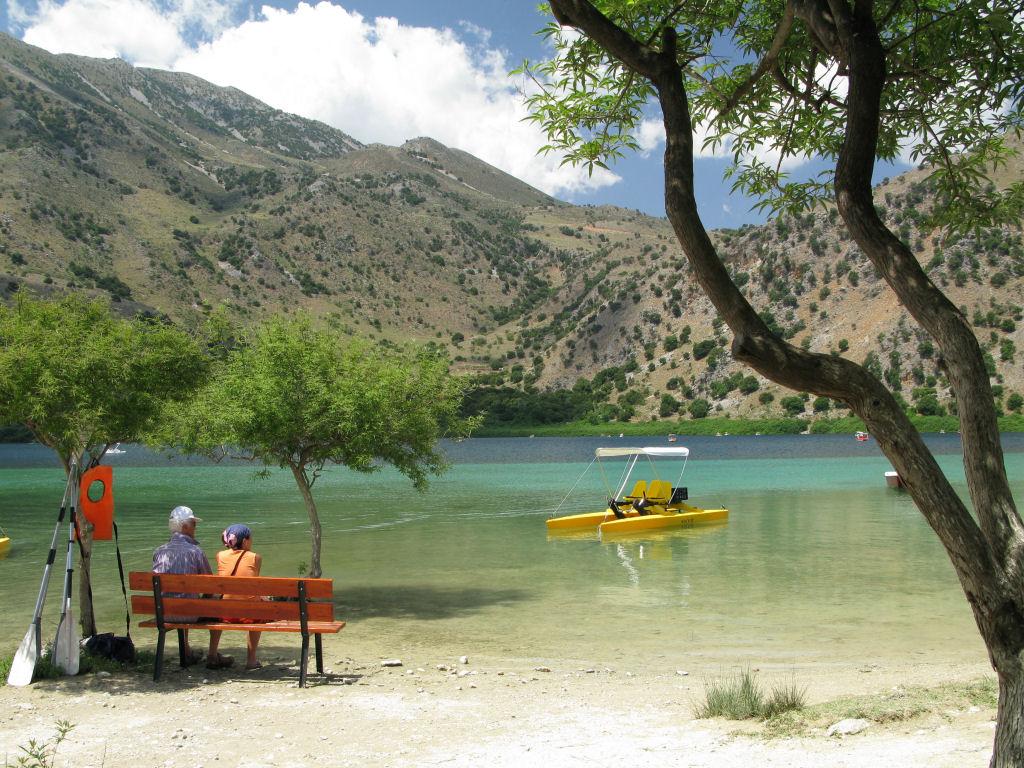 Kournas Lake is the only freshwater lake in Crete. Lake Kournas was known as Lake Koressia in antiquity but later took its current name from the Arabic word for lake.

The lake is in a beautiful landscape, lying in a valley among the hills, about 4 km from Georgioupolis in Chania Prefecture, west Crete.

Kournas Lake is the ideal place for an afternoon walk or a daytrip nearby. Many people like to have an afternoon picnic there. The landscape is lovely and relaxing, whether you want to go for a walk in the countryside, swim or ride a pedalo on the lake.

There are two springs on the southeast bank, one of which, the Mati or Amati (“eye”) as the locals call it, is visible in late summer. The lake is fed by streams from the nearby mountains and hills, whose underground courses are interrupted by the local bedrock on the way to the sea. 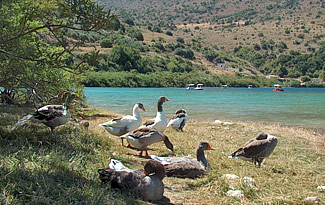 The Ecosystem of Kournas Lake

Lake Kournas and its environs are protected under Natura 2000.

The lake, an important wetland, is home to ducks and , eels, water snakes and a rare species of bicolored terrapin with a patterned shell, the Diamondback Terrapin (Malaclemysterrapin).

Herons and cormorants also sometimes appear on the lake.

Recently there have been reports of large goldfish appearing in Lake Kournas, as somebody dumped them there without considering the results of introducing a new species to a closed ecosystem.